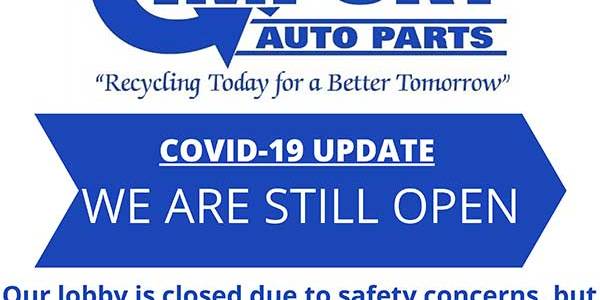 We are All Import Auto Parts, serving the fine people of Fort Worth, Texas, for over thirty years. Call us for all of your used car parts and used truck parts needs.  But first, let’s talk about auto salvage yards and the purpose they serve.

A long, long time ago when salvage yards began

Go back with us to the birth of the automobile.  The U.S. was transformed, almost overnight, from a horse-and-buggy nation to a combustible engine nation, a trade of four hooves for four tires, an exciting time when horse power was newly discovered under the hoods of newly-constructed cars and trucks.  It was an exciting time, the love affair with the car/truck grew, and everything was wonderful until those newfangled machines began, predictably, to break down and not run any longer.

A new problem arose: what to do with the non-functioning, or wrecked, autos and trucks?

The salvage yard was born!  The salvage yard, originally known as a wrecking yard, or a junkyard, was a place where the husks of once-operable motor vehicles were taken. There their metals were removed, melted down to be used again, or their husks were crushed and taken to be buried in landfills.

It carried on that way for a while until, one days, some enterprising person realized that there was money to be made on all of the operable parts on those inoperable vehicles. Why not sell the used auto parts at a discount to people who knew how to insert them into their own vehicles? Why not sell the used car seats and windshields and fuel pumps and trunk lids?  The old saying “one man’s junk is another man’s treasure” surely applied to used auto parts, did it not?

And, so, the modern salvage yard was born.

And what a boon they have been!  As the DIY movement increased in this country, as more and more people took auto shop in school, or learned on their own how an engine works, it became obvious, to many car owners, that some serious money could be saved by doing car repairs at home, and further money could be saved by purchasing used car parts rather than new car parts.

Nothing but a win-win in today’s world

It is no coincidence that salvage yards see an increase in business when the economy is struggling. It was true during the Recession of 2008, it was certainly true during the Great Depression, and it is true today as we find our way out of the pandemic years.  People save money by purchasing used parts at salvage yards, and the environment wins because all parts not sold are then recycled and used again.

A word about All Import Auto Parts

Family owned and operated, All Import Auto Parts has been saving Fort Worth drivers money for over three decades, savings, on average, of 40%, and a 90-day warranty on every part sold.

In an uncertain world, isn’t it nice to be certain of at least one thing: All Import Auto Parts is the place to find great deals, a leader in the auto salvage yards industry.